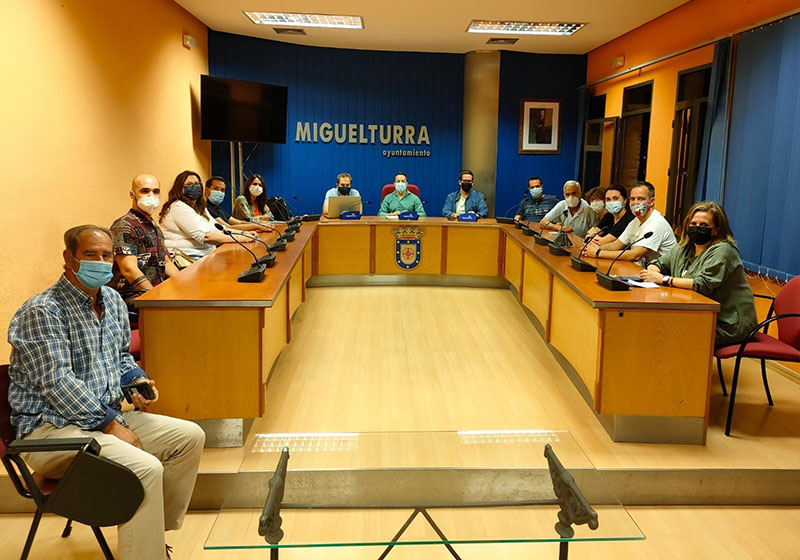 The Miguelturra Carnival returns in 2022

Miguelturra will celebrate, in 2022, its most emblematic and declared Festival of National Tourist Interest, the Carnival, which, due to the Covid 19 pandemic, had to be suspended last February 2021.

In a first meeting of the Department of Celebrations, headed by the Councilor of the Area, Diego Rodríguez, with the Association of Peñas, among which were the president of the Association, Raúl Domínguez; the King of Carnival, Serafín Delgado, along with the rest of the association’s board of directors and representatives of the carnival peñas, to address various points, it was stipulated as the main point, to address the possible celebration of the next carnival parties in 2022 that They will be held from Friday, February 25, until Sunday, March 6.

The decision to celebrate the Carnival was taken after a vote was carried out among those present, who unanimously expressed themselves in favor, although under the prism of responsibility, since this celebration will be subject to current sanitary regulations, according to evolution. of the pandemic and with the corresponding limitations.

As Diego Rodríguez and Raúl Dominguez explain, “this is a Carnival that is highly anticipated by the people of Miguelturra, which, at a minimum, will keep all the prizes, expenses and the agreement of the supporters clubs with respect to the year 2020”.

Although it is true, continues the mayor, that it will be necessary to establish, according to health regulations, capacity restrictions, adaptation of some emblematic acts and the reinvention or modification of many of the traditional events.

But what is certain “is that the residents of Miguelturra can now begin to make their new costumes for the next Carnival 2022”, concludes Diego Rodríguez.

A Piece of Carnival with Los #Cadizfornia and La Chusma Selecta