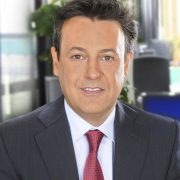 The well-known journalist will give the starting signal to the most popular festivals of the town, declared of Regional Tourist Interest and Costumbrista.

Miguelturra already has a name for the preacher of the carnivals, the well-known journalist Pepe Ribagorda, will be in charge of giving the starting signal to the most popular festivities of the town, declared of Regional Tourist Interest and Costumbrista.

With his election as a preacher, the Miguelturra Carnival returns to nourish himself with a well-known face related to the media. Madrileño of 56 years and dedicated to journalism for three decades, is since 2006, the face of the news of Telecinco.

Although his professional beginnings are in the world of radio, first for Radio Spain and later on the COPE Chain, combining his radio work with collaborations in the economic newspaper Five Days, his first contact with the world of television takes place in 1990 when he joined Telecinco. Later, in February of 1997, he signed for Spanish Television and conducted the newscast in its third edition. In this medium, in 2004, he is appointed deputy director of the daily interview space and political gathering “The breakfasts of TVE”, and finally, in February 2006, returns to the Tele 5 news, is currently the editor and presenter of the news in this chain.

But in addition, Ribargorda is a lover of the kitchen, already in 2012 he presented “Chefs without Star” on the mornings of the weekend of Tele 5. To this passion he dedicates his web www.delascosasdelcomer.com and also, has been recognized by the Spanish Hospitality Federation for its work in Mediaset promoting national gastronomy.