What don’t you know me?

The dictionary of Spanish Language from Spanish Royal Academy defines the Carnival word as a popular festival that precedes Lent and it consists on multiple masquerades, comparsas, dances and other boisterous rejoicing.

The origins of Carnival in the town of Miguelturra are lost in time, transmitted by word of mouth through successive generations. There are few documents that could prove an approximate date, the oldest documents that we have had access through the Center of Studies of Castilla-La Mancha (UCLM), are dated from the 19th and 26th of February of 1898 and belong to the periodical publication of ‘Juventud Torralbeña’, documents given by D. Anastasio Martínez Carrasco. These documents tell about the existence of two dances, one of them celebrated in ‘Centro de la Amistad’ and the other in the ‘Círculo Liberal’. The article dated from 26th of February of 1898 ends as follow:

“To sum up, and to conclude with this annoying noise, I will say very loudly for the whole world to know, that in Miguelturra we have a great time at the Carnival; that there is joy until death, but little desire to work”. 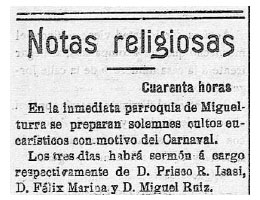 Before Spanish Civil War, Carnival had two different parts the religious and the profane.

The religious part enjoyed with the celebrations of Jubilee or Forty Hours’ Devotion, whose cults were composed by masses, adorations, and the exposition of the ‘Blessed Sacrament’ where absolute respect prevailed. The bustle of the carnival was forbidden in the area of the parish and surroundings, where the masks acceded stripped of their disguise. Once Spanish Civil War ended, the religious Carnival gradually declined until its disappearance with the beginning of the democracy.

As we can prove with the document of the Pueblo Manchego publication of February 12, 1917. 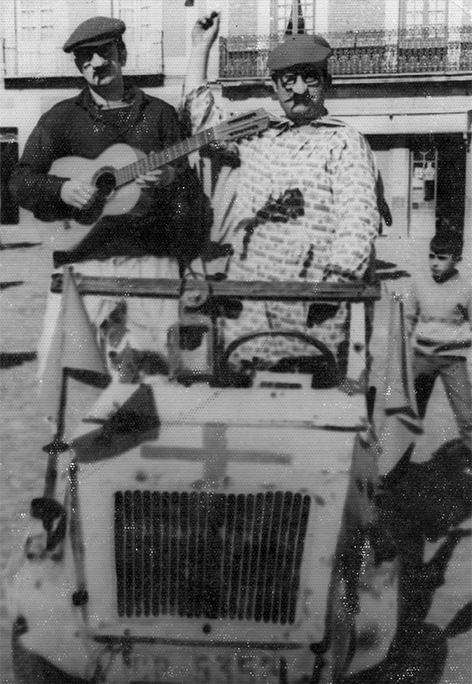 The profane part of the Carnival is the festive one, of the people, a festivity with own signs of identity. The Street Mask is the essence of our carnival and the part that sets us apart from other carnivals, disguised in old clothes, rags or scraps, invades in color and runs through the main streets of Miguelturra with the face covered by a mask, ‘antifaz’ or a simple rag, teasing people and outsiders with a loud and shrill voice to the shout of What don’t you know me?, also uses phrases such as:

‘Oops! How clumsy you are’
‘With the time we spent together and you do not know me’
‘Dude, you’re so goofy!’
‘Look, look, look, look, what you don’t know me?’ turning on itself

With this type of phrases and similars, the only goal for the Street Mask is to get the bustle, the bewilderment and the laughter of their victims, avoiding to be recognized in order to gloat in them the next days. 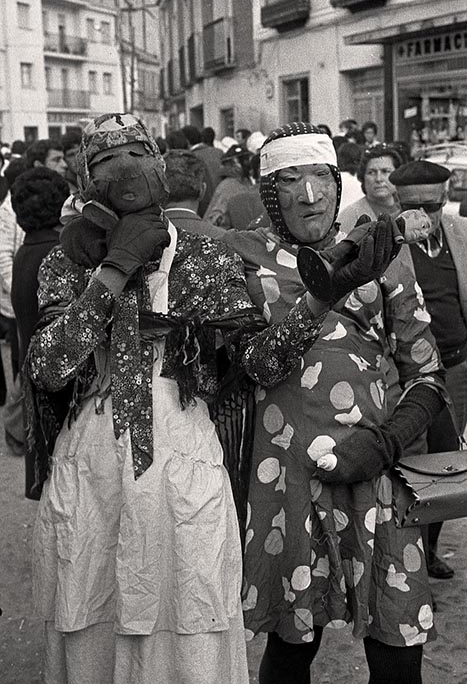 Before the beginning of Spanish Civil War, a character was mingling with street masks El Alhiguí. It was a mask that carried a rod or a long reed, in which hung with a string a pepper or a fig. He took advantage of large groups of people to make a stir and throw candies or chestnuts shouting ‘To the Alhigui, to the Alhigui, with the hand not, with the mouth yes’, while children tried to take the fig or the pepper hanging from the stick. This character was becoming less popular until his disappearance, although nowadays he still shows himself occasionally.

The ‘murgas’, ‘estudiantinas’ (also known as tunas) and ‘comparsas’, were in charge of giving the spicy and informal touch with their music and songs (well-known as ‘coplillas’). Today we remember them through the contest of Murgas and Chirigotas, while in the street have been replaced by the charangas that give the colorful musical to the party. The comparsas can be seen parading on ‘Piñata Sunday’, the last day of the Carnival.

Another event that has evolved and has resisted the changes of times are the dances, which year to year have been transformed into a magnificent event that closes the nights of the churriego carnival.

A short time before the beginning of the Spanish Civil War, Miguelturra continued to celebrate two dances, organized by the Syndicate and the Casino, between these two centers there was a terrible rivalry and they competed to get which one was better or lasted more, appearing ‘coplillas’ as the following of 1935:

In the town of Miguelturra
two dances have been celebrated,
triumphs over the two Casinos
the Republican Center.

In the other they are willing to
give them the chocolate,
and we eat
fried meat with tomato.

Very hard goat meat
in the Syndicate ate,
and here we are fed up
with fried lamb.

Two little lambs
brought to eat,
they were black and fine
from property of Javier.

To the tireless girls
of this Liberal Center,
we must say a hooray!
to all in general.

Long live our president
who is Mr. Damián Corral,
and long live to the entire directive board
of the Liberal Casino.

Old songs say very
obvious truths,
but they must be said
so that people become aware.

In heaven God commands
the gypsies in Egypt,
and in the town of Miguelturra
the republicans command.

And gentlemen, in this town,
who rules in the Carnival?
Is it the Cultural Center
or is it the Liberal Casino? 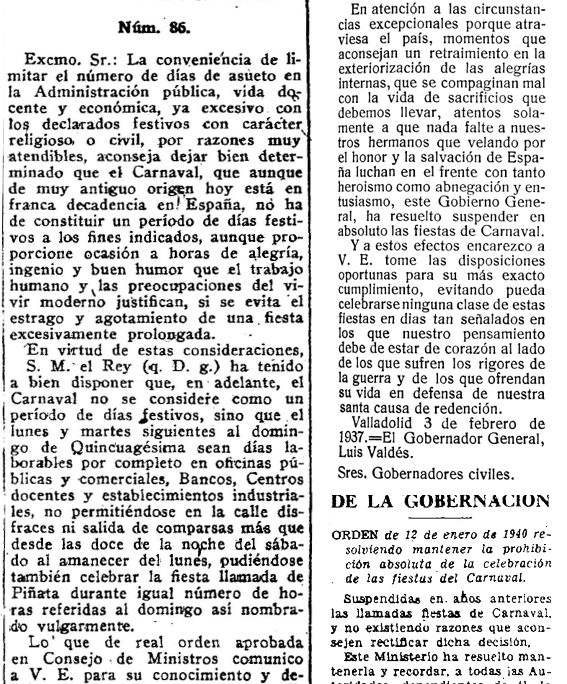 Prohibitions and restraints
of the Carnaval

After the Spanish Civil War, the dances appear again, being celebrated in two centers of the town, the ‘Worker Center’ and the Casino which take the place of the abandoned locations of the Syndicate. The entrance to the dances was only allowed to the members of the directive board and people had to take off their masks to prove their identity to any other member. The centers had their private security through ‘El Bastonero’, who ensured have a good decorum and a good behavior. He was provided with a tall rod with colored ribbons and rattles giving warning to those who made some slip.

Neither the Spanish Civil War could end with the carnival, although it was very restricted to the neighborhoods, nor less did dictatorships and prohibitions, nor even the time has been able to end with the joy of carnival churriego. Among other prohibitions that tried to end with the Carnival are the dictatorship of Primo de Rivera and its Royal Circular Order Nº 86 of February 1929, which converted the Carnival holidays into workdays, being limited only to Carnival Sunday and Piñata Sunday and forbidding any Carnival manifestation outside these two Sundays. Moreover, on February the 5th of 1937 and in the middle of Spanish Civil War, the suspension of the Carnival in all the country was published in nº 108 of B.O.E. (State official Newsletter) and finally on January the 13th of 1940, on page 277, Mr. Serrano Suñer signs the order to maintain the absolute prohibition of the celebration of the Carnival. This prohibition was maintained until the end of Franco’s dictatorship in 1975.

The only thing that got the repressions and prohibitions in our town was civil disobedience, without serious confrontations during this time, except the persecution suffered by the masks from local police (named in this time as ‘serenos’) and the civil guard. The masks escaped their pursuers through houses whose doors in many cases remained open and facilitated an escape route, jumping walls or climbing to reach the rooftops, all to avoid arrest and fines. The catched masks showed his fine with pride despite of the hurt in his pocket Mayors, councilors and even some other Civil Governor dared to break the prohibitions that themselves remembered to all year to year. 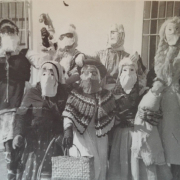 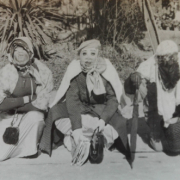 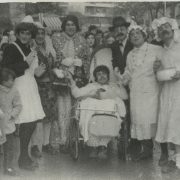 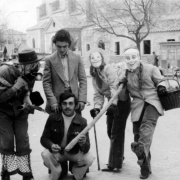 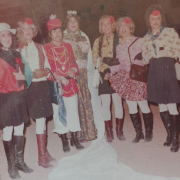 The creation of the Cultural Association of Carnival Peñas, today called “Carnival Association of Miguelturra”, allows the expansion of activities within the ten days which is celebrating churriego carnival, and together with the City Council are organized all acts and contests, promoting the festivity in such a way that on March the 1st of 1983, they are declared as Festivities of Regional Tourist Interest, a year later, on March the 1st of 1984,, by the Provincial Council of Ciudad Real as Festivities of Traditional Customs and Cultural Interest.

On 8 de Febrero de 2018, the Secretary of State for Tourism resolves that the Carnival of Miguelturra be declared as a Festival of National Tourist Interest, the BOE No. 47, Sec. III, page 20826 of February 22, 2018, will make said declaration official.

Carnival speech, proclamation of Major Masks, Children’s Carnival, the fruit in frying pan, the funeral of the sardine, murgas and chirigotas, Carnival Museum Costumes Contest and the Parade of Comparsas and floats of Piñata Sunday, are the most significant activities that have been celebrated since its creation in the eighties of the twentieth century to the present day.

From this website we have developed a thematic section for the characters and events of our carnival, which together with the photo gallery, complement the history of churriego carnival. 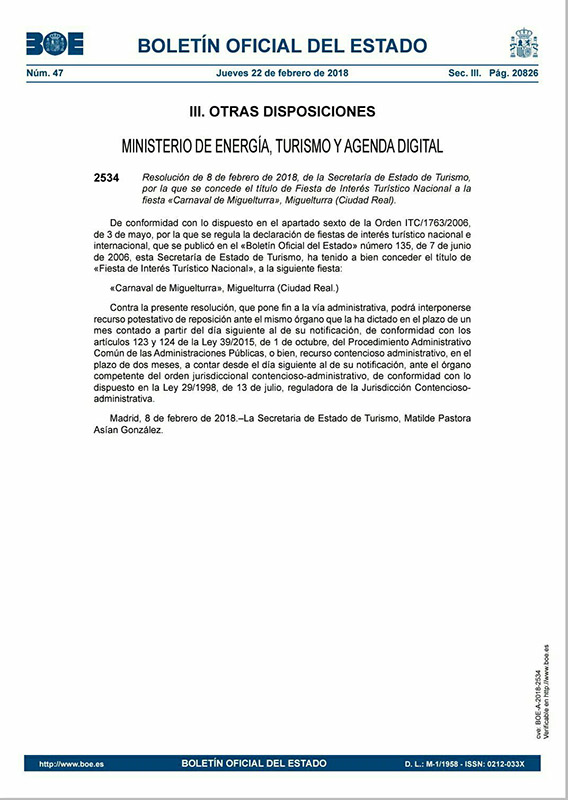