The King of the Carnival Churriego 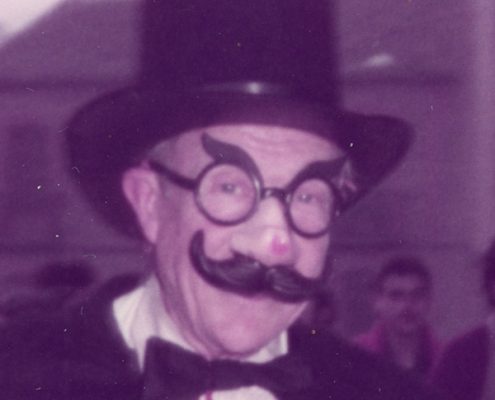 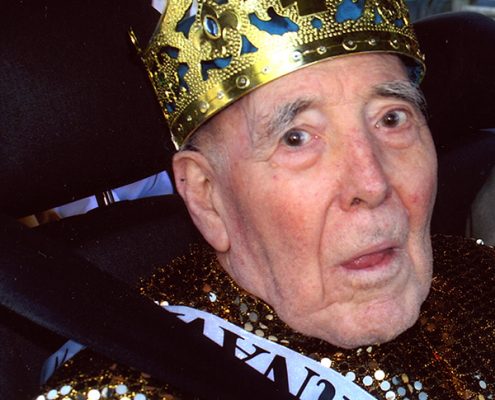 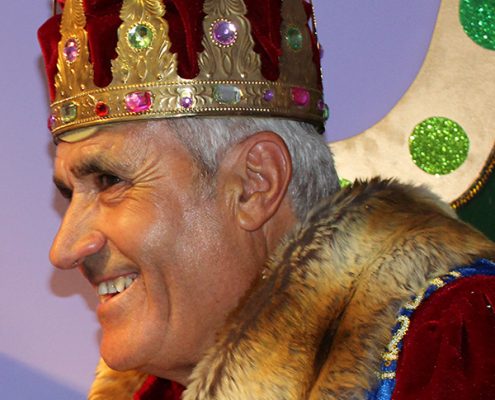 Belonging to the Peña ‘Viejas Glorias’ founded in 1948, it is one of its founding members. Already in the carnivals of 1971, his companions and friends of peña will called him as MISO, even addressing him with this name, with its corresponding band accrediting his assigned title.

Teresa Sánchez Serrano, Consuelo Benito Trujillo, Francisco Ramos and Jose Gornés, will be the first Major Masks of the Carnaval de Miguelturra in 1981 and he will be proclaimed the first King of Miguelturra Carnival in 1982, maintaining his carnival reign until 1994.

Amalio Segura González was born inMiguelturra in 1914 and like his predecessor José Gornés is one of the most active components of Peña ‘Viejas Glorias’ in which he holds different organizational positions.

Books like “Crónicas de Cien Pueblos nº 6 Miguelturra” and “¿A que no me conoces?”, are two of the works in which he has intervened as documentalist of Miguelturra Carnival..

He belongs to Peña ‘La Cabra’, of which he is the founder and the President from 1981 until today. Member of the Peñas Association from 1981 and President of this one between 1994 and 2013, leaving the position to be proclaimed King of the Carnival, being his substituve Jose Hornero Gamito. He is also a member of the Peña of Major Masks since 2006.