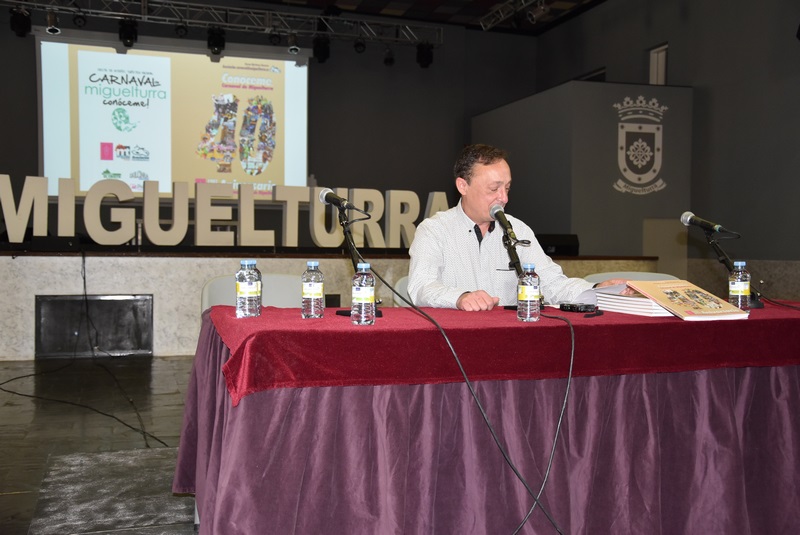 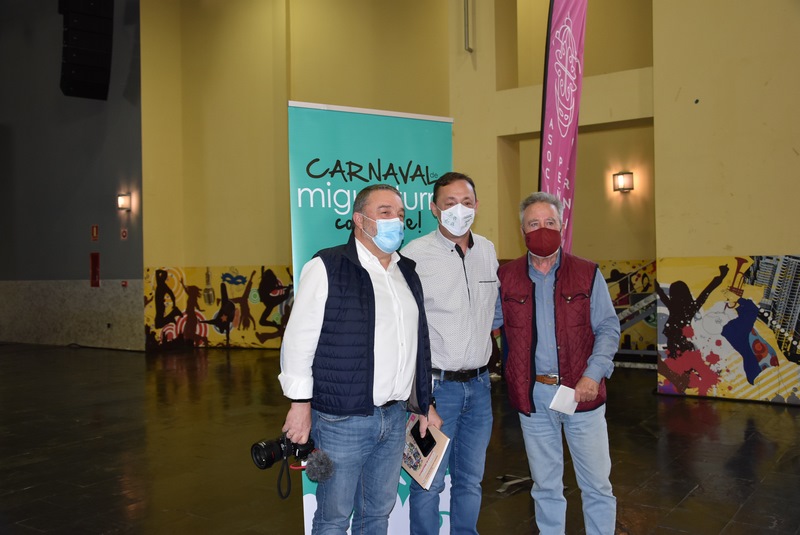 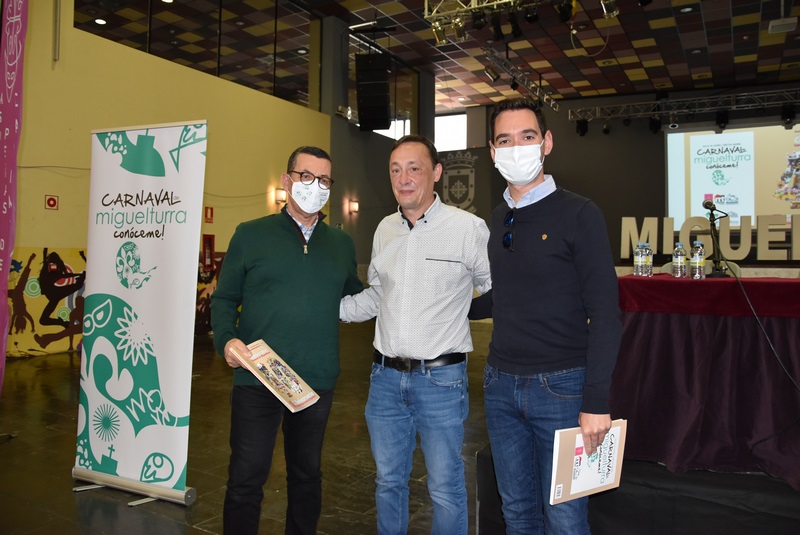 Presentation Book ‘Get to know me, Miguelturra Carnival’

At 12:00 p.m. on Tuesday, March 1 and in a crowded Palacio del Carnaval, the presentation of this new book on the Miguelturra Carnival, a festival declared of National Tourist Interest, began.

The event was attended by the Mayor of the town, Laura Arriaga, Councilor for Celebrations, Diego Rodríguez, Vice President of the Provincial Council and Delegate President of the Public Entity Diario Lanza, Noelia Serrano, Director of the newspaper Lanza Digital, Conchi Sánchez, King of the Carnival, Serafín Delgado, Major Masks 2022 and 2020, president of the Peñas Association, Raúl Domínguez, members of the Carnavaldemiguelturra.es Association and the Municipal Corporation, as well as representatives of the fifteen local Peñas.

Román Rivero, mayor of the town since the beginning of democracy and for 33 years, and José Luis Barba, both belonging to the Carnavaldemiguelturra.es Association, have served as masters of ceremony for this presentation.

Rivero began the act by thanking the authorities and the public for their presence, to later make an introduction of what that first stage was like in which the first clubs and the Cultural Association of Carnival Peñas were formalized, the incorporation of new figures within the carnival miguelturreño as older masks and the King of Carnival himself, also highlighting the creation of activities around the carnival, which have promoted the festival in such a way that it is currently of National Tourist Interest, thanks to the effort and work between the Association of Peñas, City Hall and the miguelturreño carnival clubs themselves.

Both the mayor of the town, Laura Arriaga, and the Councilor for Celebrations, Diego Rodríguez, have highlighted in their speeches the importance of this book in the evolution of the Miguelturra Carnival, thanking the great work carried out by the author Berna Martínez, who has been able to perfectly capture the essence of the Miguelturra Carnival.

Raúl Domínguez, very moved, thanked and congratulated the author, for his work, for the affection and for the ‘tiredness’, Domínguez joked, for achieving this extraordinary work, thanking from his heart all the people who appear in the book, because without them this would not be a reality.

For her part, the director of the newspaper Lanza, Conchi Sánchez, made a speech based on the relationship between journalism and history, on what it means for the Miguelturra Carnival to have an entertaining and well-documented resource, feeling very proud of the collaboration that has The Diario Lanza has been carried out so that the project can see the light, with the transfer of more than 2,500 photographs by the photographers of the newspaper J. Jurado, Clara Manzano and Elena Rosa, which are added to a project that already has more than 20,000 photographs.

Noelia Serrano, vice president of the Ciudad Real Provincial Council, expressed her excitement at being a part of one of the most important moments of the most famous and important carnival in Castilla-La Mancha. Thanking the work of the Peñas Association and the Peñas that make it up.

The most awaited moment of this act arrived and the masters of ceremonies did not disappoint in the presentation of the author of the book, Berna Martínez, who went on stage very excited and expressed his gratitude to the various public and private documentary collections that have participated in this project, starting a brief tour of the content of the book, reading the last copla of the churriego carnival, that of Octavio Martín from 2021, whose verses recount the stoppage of the carnival due to the health situation.

A book that includes photographs of the missing and existing peñas, criers, posters, major masks, a whole journey that reflects in images the evolution of the Miguelturra Carnival from 1935 to the present and with documents from the end of the 19th century that testify the importance already had our carnival in those years. More than 900 photographs that accompany the texts that describe the history of the churriego carnival, burial of the sardine, Association of Peñas, and each and every one of the existing peñas today.

Martínez, highlighted that many of these photographs were taken by one of the most emblematic photographers that Miguelturra has had, who with his camera on his shoulder reflected not only the history of Carnival, but also that of many other festivals and events celebrated in the town, for For this reason, he invited two people to accompany him, Juan Ramón and Francisco José, son and grandson respectively of José Díaz-Pinto Olmo, better known as ‘Jorgillo’.

To conclude, Martínez invited the mayor Laura Arriaga to close the event with her speech.

Arriaga, began his speech indicating that ‘what is not named, does not exist; what is not in the books, does not go down in history’ and the author of this new book has been able to capture that history of the last forty years of carnival in the town. More than 900 images, which alone tell the story of this festival, an impressive work for the enjoyment of churriegos and churriegas, ending with thanks and congratulations to the author.

Those attending the event were able to purchase the book at the stand of the local stationery stores, Dulcinea, Persianas el Cristo, Lemar and MyPaper, installed in the Carnival Palace itself. The author of the book, Berna Martínez, was able to sign and dedicate the book to those who wanted it.

Monday of Masks and sweets