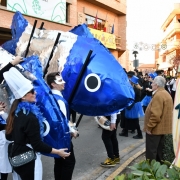 We arrive at the equator of the Miguelturra Carnival with the Burial of The Sardine, the oldest and most traditional of Castilla-La Mancha.

Major Masks, Carnival King, Councilor for Celebrations, Widowers and Widows, the clergy, nuns and altar boys, street masks, boys and girls, with the accompaniment of two charangas, paid honors and made a well-deserved farewell to Mrs. Sardine.

At five in the afternoon, the funeral procession began the traditional funeral parade through the streets of Miguelturra, opening the Security Forces and Corps of the Peña La Cabra headed by Pepe ‘The Wolf’, as is traditional for many years. The streets of Miguelturra crowded with people who wanted to say goodbye to the unfortunate Sardine among sobs, cries, kicks, smiles and dances, dismissed Mrs. Sardine as she deserves. 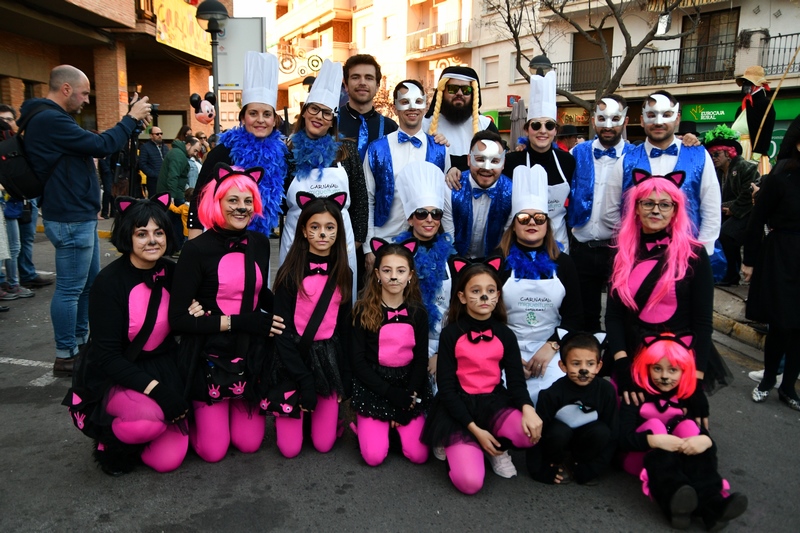 On numerous occasions, the safety of the Peña La Cabra, had to intervene to prevent a small group of ‘Kittens’ from stealing the inert body of Mini Sardine, which lost the occasional scale on the riffera.

The funeral procession as it passed through the monument to the Street Mask located in the Plaza de España, with both sardines and carnival authorities at the head, paid him honors and showed their respect.

At the end of the journey of this peculiar burial, the purifying fire blessed the inert bodies of the unfortunate sardines and as ‘To die, is to live again’, again they will return to the streets of Miguelturra next year.

And as the saying goes ‘Drinking and eating, they are things to do’, the entourage went to the tent of Peña la Cabra to taste about 100 kg of roasted sardines and a good lemon, which undoubtedly placated partly the grief of those present.