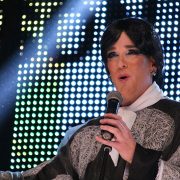 On July 18 from 22:30 pm, Raúl Domínguez Donate, president of the Association Carnival of Miguelturra, will be the crier of the festivities of the district of Oriente 2018.

Miguelturra natural, Raúl is 33 years old, married to Mary with whom he shares one of his great passions, the carnival, although they do in different Peñas, Maria in the Peña la Cabra and Raúl in the Peña los Rocheros.

Technician in trade and Marketing, works as a commercial in large areas, being another of his great hobbies Easter, since childhood belongs to the Brotherhood of the Holy Sepulchre, being its treasurer since the year 2010.

Together with a group of friends who share their great passion for carnival, they led them to create one of the youngest Peñas in Miguelturra and in May 2013 founded the Peña Los Rocheros, being its president since then.

In June 2016, he will be appointed president of the Asociación Carnaval de Miguelturra (Association of Peñas), replacing in the position of another great president, José Gamito Hornero.

The contest ‘Your mask sounds to me’, is one of his favourites during the celebration of the carnival Churriego, due to his position in the Association of Peñas, does out of competition, with extraordinary imitations of characters of the stature of Falete and Mónica Naranjo.

A preacher of luxury for the festivities of the ‘Eastern Quarter’, that are celebrated from the 18 to the 22 of July in honor to his patron, Our Lady of the health.