The Miguelturra Carnival returns in 2022

A Piece of Carnival with Los #Cadizfornia and La Chusma Selecta

The Miguelturra Carnival is back again

Failure of the prizes of the I Tik Tok Contest “Say hello to your Carnival: Get to know me”

Registered as a Cultural Historical Association of the Miguelturra Carnival

On the afternoon of Wednesday February 24, the Casa Capellanía Municipal Library hosted the presentation of the new Association, which will support this website.

Rodríguez recalled that last year a new Peña “Herederos de Lokilandia” was presented and in this year 2021, the Association of Carnival Peñas, the Peña La Cabra and the Peña Los Segadores were turning 40, and now, a new Association passes to be part of the associative nucleus of our most popular festival and declared of National Tourist Interest three years ago.

A new group that is already known in the locality, but which since this year acquires a legal form and becomes the 151st association in our town. This new association will further help the dissemination, study and enhancement of our carnival, opening the possibility of new joint projects with the Association of Carnival Peñas, since unity is strength and we all row in the same boat to achieve a common purpose. 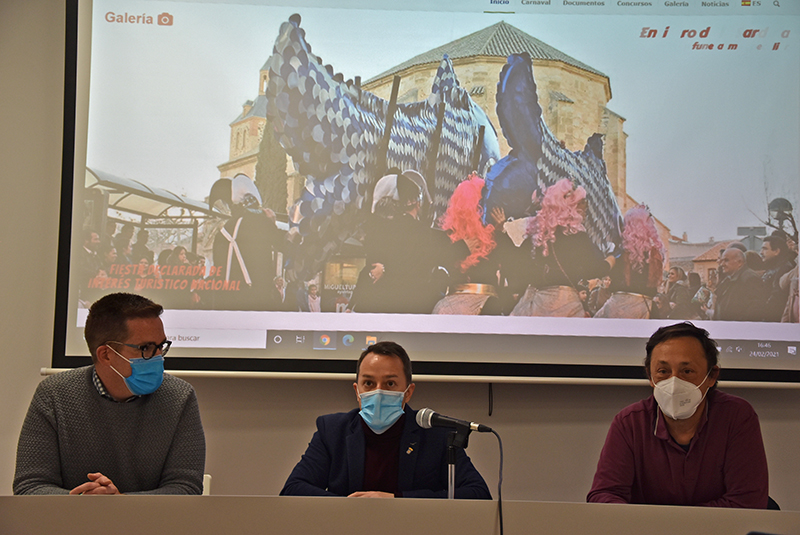 The president of the Carnival Peñas Association, Raúl Domínguez, was proud of the birth of the new association, to which we give all our support, since it is going to further promote and enhance the Miguelturra Carnival, collecting history past, current and future of our carnival.

Martínez, wanted to thank the City Council, the Department of Celebrations and the Carnival Peñas Association, for their great reception, as well as all the people who have made it possible for this association to be created.

He explained that it is a project that began in 2007, but the economic cost at that time was a big problem for a website of this size. It will be in 2015 hand in hand and with the sponsorship of the technology company Enova Informática y Comunicaciones, when the carnivaldemiguelturra.es website sees the light, with the support and involvement of five people, José Luis Sánchez, Eufemio Díaz-Pinto, José Gamito, Esther Martínez and Berna Martínez himself.

With the creation of the new association, great people closely related to the party are incorporated, such as our Carnival King, Serafín Delgado, our president of the Peñas Association, Raúl Domínguez, the first democratic mayor of the town and a great photographer, Román Rivero, the first democratic councilor for Culture, Julián Arévalo, the current councilor for Celebrations, Diego Rodríguez and José Luis Barba, another great photographer. 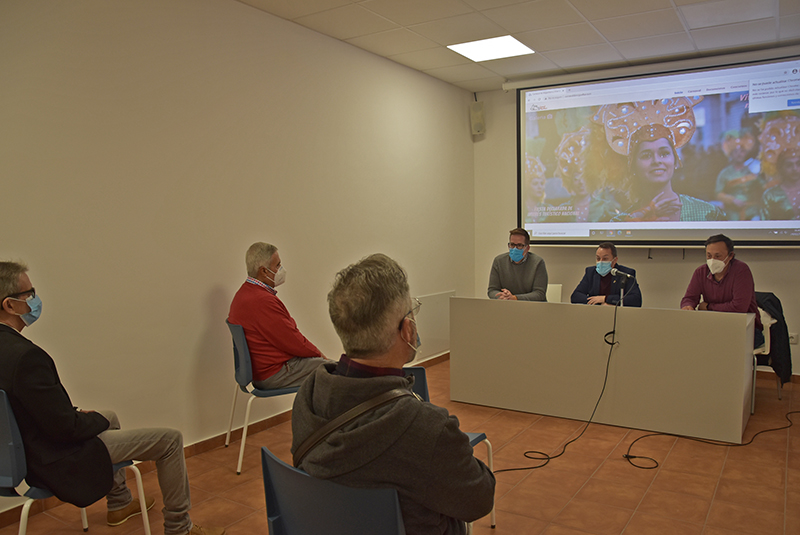 Martínez, explains that throughout all these years a documentary fund has been created that has grown in such a way that we have had to give the project a legal form, being able to be transferred at any time to public and private entities that request it to continue enlarging our carnival, in addition, it will allow us to access public and private documentary funds that will continue to enrich that documentary fund, to make it available to all the associative and public nucleus of Miguelturra.

The most important part of this project is to generate new historical documents and make them available to the citizens of Miguelturra through the website carnavaldemiguelturra.es, paper or digital books, or with videos, as has been done with the Peña Los Segadores and the Peña la Cabra for their anniversaries, with more than 300 historical documents in each video.

Finally, Martínez has highlighted the date of official registration as an association in the Community Board of Castilla-La Mancha, on February 8, the same day that our carnival was declared of National Tourist Interest, the birthday of the King of Carnival and from our celebrations councilor, therefore, a great day.