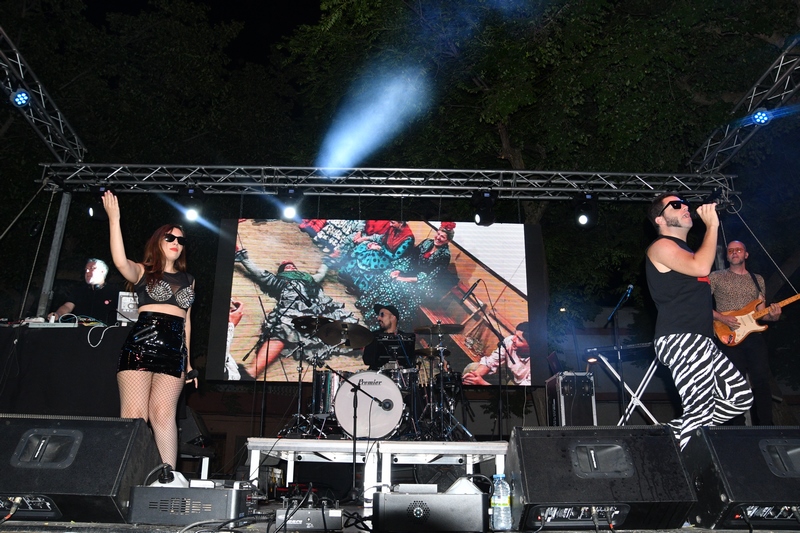 About 1:00 p.m. the different acts that this third edition of the Summer Carnival in Miguelturra has had began and the second figure of the Carnival monument was inaugurated in the Spain Square.

The Alhiguí will accompany the Street Mask and they will be very aware of everything that happens on Carnival Street.

Along with the Mayor of the town, Laura Arriaga, author of the monument, Fernando Kiriko, members of the Municipal Corporation, Councilor for Celebrations, Diego Rodríguez, Equality Delegate of the Community Board in Ciudad Real, Manoli Nieto, Vice President of the Provincial Council, David Triguero, King of Carnival, Serafín Delgado, President of the Peñas Association, Raúl Domínguez, 2022 Major Masks, Antonio Gómez and Gloria Cruz, discovered and inaugurated the second figure that makes up the Miguelturra Carnival monument.

The Charangas del Bufón, Katan Pun Chinpum and Alhiguí, have put the musical color throughout the day to this Summer Carnival.

Doctor Fleming Park has been the stage that has hosted the popular paella for more than 700 people and at night the Russian Ladilla concert, ending this great day of Summer Carnival, the local DJ Santi Tena.

The Miguelturra Carnival returns to the streets again