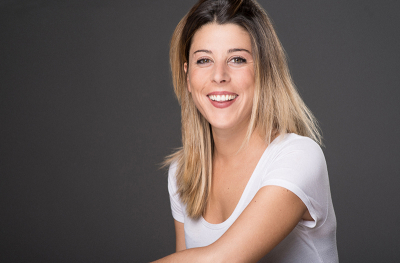 He leads his own show ‘Mature’ which he combines with Zapeando.

Today it has been announced who will announce the Miguelturra Carnival.

She has a degree in Audiovisual Communication in Salamanca and has also studied Acting for film and television at the TAI School in Madrid. Two complementary formations that have allowed him to work in cinema, television and radio.

His career in the comedy sector began in London performing in bars. After that, he decided to return to Madrid to take it seriously. In her first year in the capital, she won the Cadena Ser monologue contest and began working as an announcer and scriptwriter for the chain. Since then it has been part of the comedy circuit with more than 100 performances per year.

He presents weekly the radio program The modern language together with the also comic Quequé. At the same time, she is a collaborator, since 2017, in the program To live that is two days, presented by Javier del Pino.

Jobs that he combines with Zapeando, a TV program in which he has a weekly section called ‘What you ask for and what comes to you’.

He has also participated in Andreu Buenafuente’s Late Motiv, Loco Mundo, The end of comedy, Ignatius Farray’s humor series and in Modern Life.

He takes his own show ‘Mature‘, through the different cities and theaters of the country. Show that we will be able to enjoy after the proclamation.

I Tapas Route “Get to know me, flavors of Carnival”